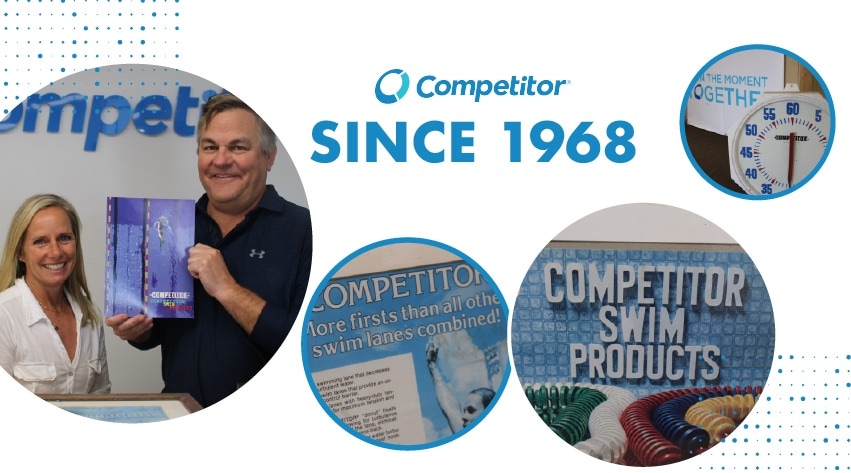 Competitor® was established with the introduction of the Non-Turb™ Racing Lane at the 1968 Summer Olympics. This lane set a standard in the industry, as it was the first flexible swim lane to effectively dissipate turbulent water while simultaneously creating a wave control barrier for optimum racing conditions.

While the racing Lane eventually evolved into today’s Gold Medal Racing Lane™ whose patented technology was introduced at the 1992 Summer Olympic Games in Barcelona, Spain, 1968 holds a special place in our hearts. We are incredibly proud of the fact that Competitor is American owned, and our products are American-made with pride, passion, and expertise since 1968.

So let’s take a look back at life in 1968, as well as some of the earliest Competitor products and marketing materials.