Since 1960, Competitor Swim®’s lane lines have set the racing stage in pools small and large, competitions local and global. Through product innovation and an unyielding dedication to serve the unique complexities of each pool, Competitor has created a reputation for superior quality and customer service. 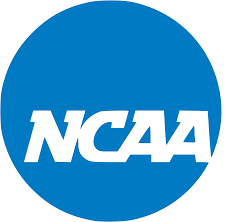 This reputation has earned Competitor Swim exclusive partnerships with two of the most premier swimming bodies in the world: the National Collegiate Athletic Association (NCAA®) and USA Swimming.

Competitor Swim® was named the official lane line for the NCAA swim championships in Divisions I, II and III in March 2015. While used in numerous past NCAA championships—meets gathering more than 1,000 U.S. colleges each year—the agreement cements Competitor Swim® as the future sole provider.

USA Swimming, the foremost organization for swimming development in America, tapped Competitor Swim® as its official lane line provider in 2014 for all major events. This includes the 2016 U.S. Olympic Trials for Swimming in Omaha, Nebraska.

As part of the partnership, USA Swimming will also provide Competitor Swim® marketing rights, which will include ads in Splash Magazine and marketing opportunities with Deck Pass, USA Swimming’s official mobile application.

“We’ve worked with Competitor Swim® for many years and we couldn’t be more excited to make this partnership official,” said USA Swimming Executive Director, Chuck Wielgus. “Their products are world-class and are a perfect fit for USA Swimming as we always aim to provide the best conditions for our athletes at our events.”

Notably, Competitor Swim® has also been present at the Olympics since the 1968 Mexico City Games, including nine of the last twelve games.

The confidence of these elite organizations in Competitor Swim® is not surprising given Competitor’s history in providing lane lines for elite competitions all over the globe.

“We are thrilled to formalize each of these relationships,” said Brad Underwood, Competitor Swim® president. “It truly makes a statement when you see our lane lines at the USA Swimming Championships, the Olympics, and the NCAA Championships.”

Since 1960, Competitor Swim® has been the leader in the production of racing lanes and other swim products for competitions around the world. Competitor lane lines have been used in countless NCAA Championships, as well as 9 of the past 12 Olympic Games, including 2012 in London. Molded and assembled using U.S. – made components, Competitor lane lines are durable, easy to set up and are sold through distributors and dealers worldwide.