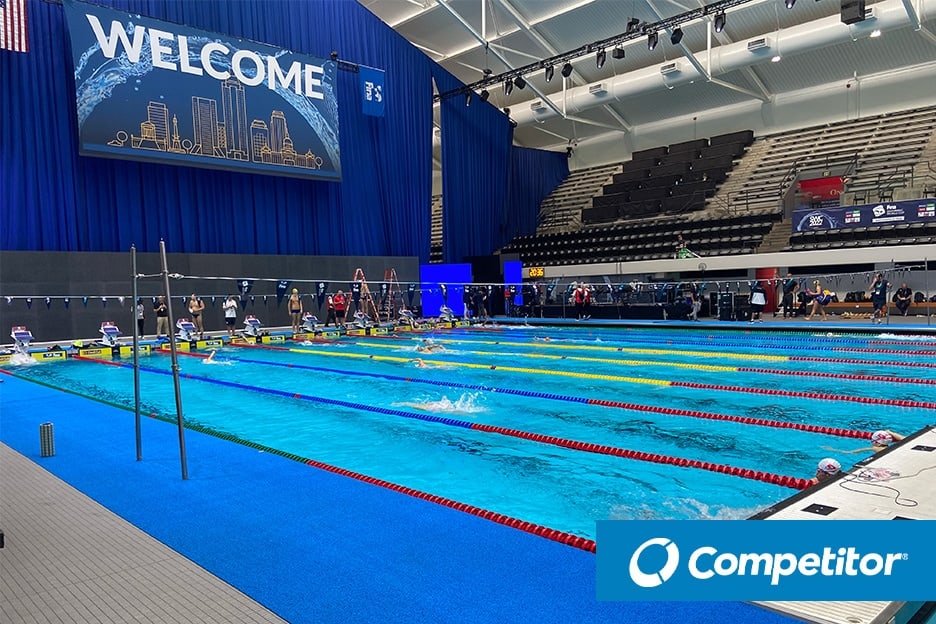 As the official partner of USA Swimming, we are proud to have our lane lines in place at the FINA Swimming World Championships being held November 3rd through November 5th, 2022, at the IU Natatorium on the campus of IUPUI.

“It truly makes a statement when you see our lanes at elite-level competitions like the FINA Swimming World Cup, “ notes Competitor President, Brad Underwood. “We take great pride in placing the best lanes by swimmers’ side, as it is their commitment to the sport that is the reason we are in business in the first place.”

Competitor is the leader in racing lane technology, with each lane line made with flow-through technology that eliminates dead spots and water bounce-back. Moreover, the LifeSpan+™ formula goes into each Competitor lane line, substantially increasing the useful life of Competitor® discs in harsh pool environments.

The overall prize purse of this year’s FINA Swimming World Cup is $1,200.000. For each meet, the top 20 male and female athletes will share $224,000 in prize money. At the end of the series additional $262,000 per gender, will be awarded to the top eight men and women athletes, based on their overall ranking.

Since 1968, Competitor® has been the leader in the production of racing lanes and other swim products for competitions around the world. Competitor®  lane lines have been used in countless NCAA Championships, as well as 10 of the past 13 Olympic Games. Molded and assembled using U.S. – made components, Competitor®  lane lines are durable, easy to set up, and are sold through distributors and dealers worldwide.